As you explore Nipigon, check out the Nipigon Murals. Three of the murals were painted by artist Dan Sawatsky. Sawatsky has had over 40 major commissions for murals in Canada, the United States and Tokyo, Japan. His first mural was completed in 1983 in Chemainus, BC. The fourth mural was created by Shoutout Media from Thunder Bay. 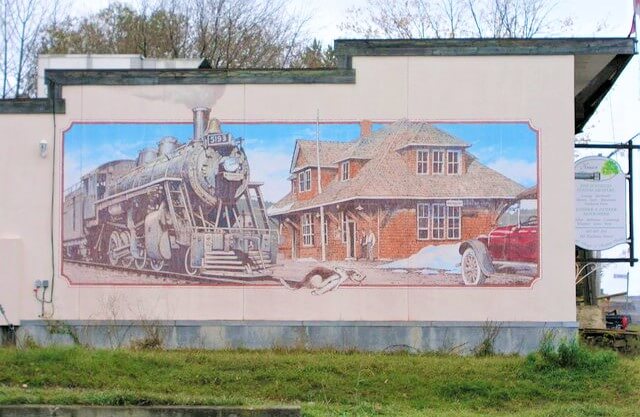 The old Nipigon CP Railway station built in 1929, existed on mid-Front Street. It was demolished in October 1982 despite a valiant effort to save it by a local committee. 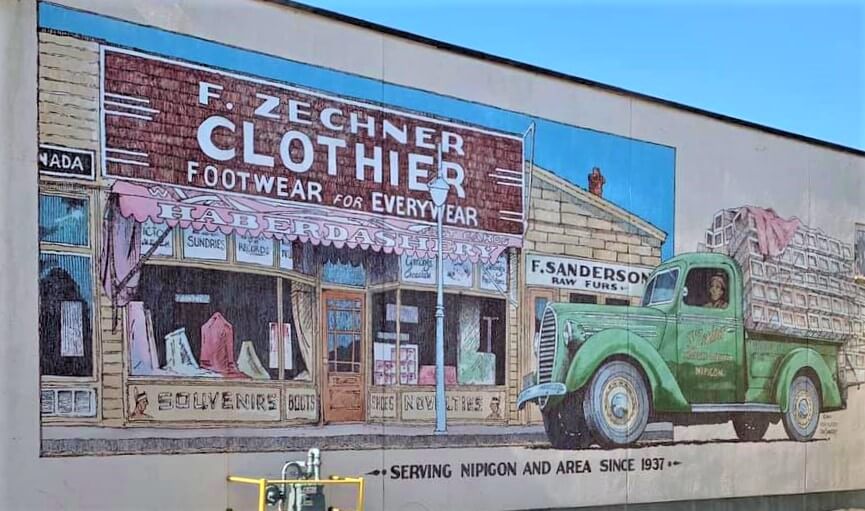 This mural depicts Mr. Zechner returning with a full truck from the blueberry patches, 1937.

Three times a week in blueberry season Mr. Zechner would make a run to Duluth winery.

Location: on the wall beside Zechner's Ltd., 155 Railway Street , Nipigon. 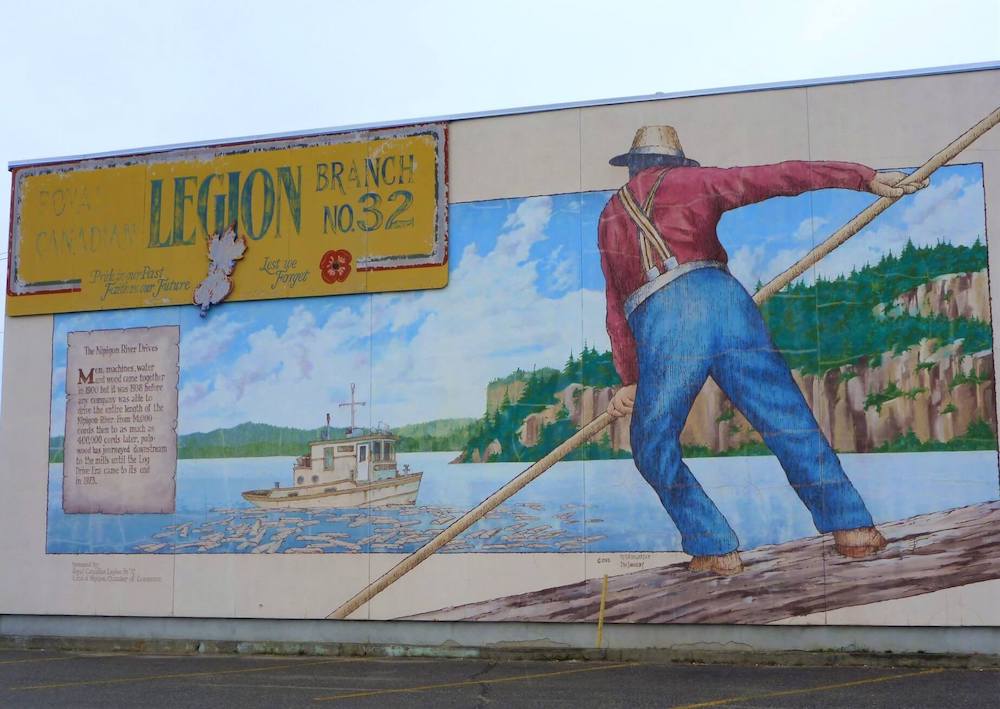 After WWII, the pulp and paper industry boomed & the Nipigon River was one of many area rivers used to drive logs downstream to the waiting mills. 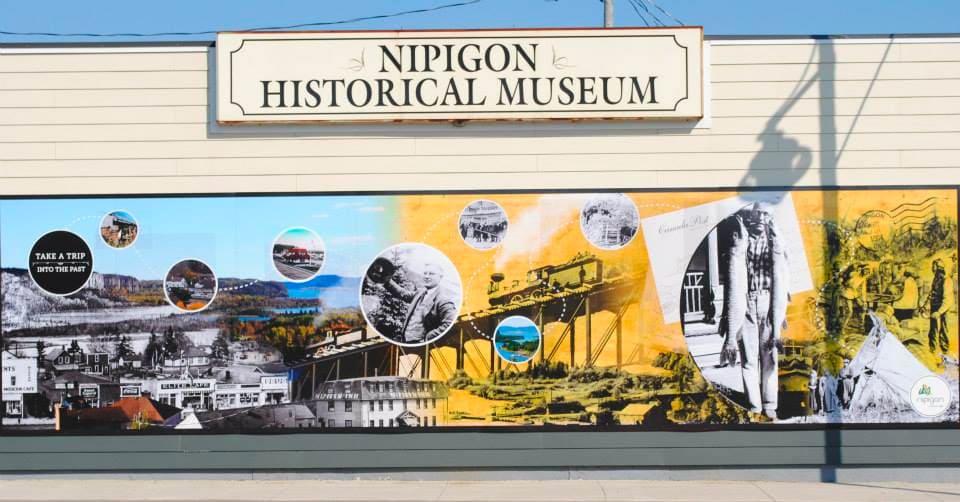 Completed in August 2013, the photographic mural mixes old and new images of Nipigon.

Step By Step Guide for Ebills